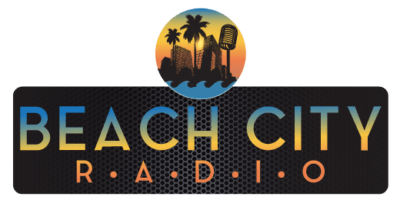 Emerging online radio station known as Beach City Radio (www.beachcityradio.com) is proud to present “AfroBeat Explosion” on Saturday, May 25 2019 at the Miracle Theater in Inglewood. AfroBeat Explosion is a musical celebration of African Music, Dance, Arts, Food and Culture. This event promises to be a sensory explosion of musical theater and we are proud to feature live performances by renowned AfroBeat legends Najite and Olokun Prophecy, plus scintillating dance performances and digital media visuals.
At Beach City Radio, we are purposed to build a bridge of music arts and culture between Africa and America. To that end, we are commemorating Africa Day – the day the Organization of African Unity was formed and representing unity, independence and freedom. On May 25 1963, representatives of thirty African nations met in Addis Ababa, Ethiopia, hosted by Emperor Haile Selassie. By then more than two-thirds of the continent had achieved independence, mostly from imperial European states. At this meeting, the Organization of African Unity was founded, with the initial aim to encourage the decolonization of Angola, Mozambique, South Africa and Southern Rhodesia(now Zimbabwe). The organization pledged to support the work conducted by freedom fighters, and remove military access to colonial nations. A charter was set out which sought to improve the living standards across member states. Emperor Selassie exclaimed, “May this convention of union last 1,000 years.”

And so the AfroBeat Explosion seeks to provide an experience of African Culture that is beyond just a concert. It is an evening to immerse oneself into a sensory explosion. A time to wear your African clothing. A time to dance, to mingle and have fun. There will be an African art exhibit courtesy of Village Treasures of Long Beach. We will have Coffee imported directly from farmers in the mountains of Cameroon West Africa. We will view digital art expressions of Africa and short form videos reflecting the history of AfroBeat and the beauty of the African continent.

Fela Kuti is the creator of AfroBeat and our featured artist is a protégé of this legendary musician. Here in America, we can trace the early influences of funk to the sound of AfroBeat. And while Fela Kuti stated he was influenced by James Brown, Bootsy Collins and George Clinton similarly state they were influenced by Fela Kuti and the rhythms of AfroBeat.

The AfroBeat Explosion promises to be an evening to remember. Make plans to attend. Tickets are available now at www.themiracletheateringlewood.com … Limited VIP Tickets with special accommodations are available.

About Najite & Olokun Prophecy: For over 3 decades, NAJITE & OLOKUN PROPHECY has kept authentic afrobeat and African jazz alive from its home base in Los Angeles. Led by Nigerian master percussionist Najite Agindotan, this roaring ensemble embraces the restless genius of Fela Anikulapo Kuti, the harmonic innovation of Horace Tapscott and the rhythmic soul of the African Diaspora.

The Miracle Theater is located at 226 S. Market Street in Downtown Inglewood and is the anchor in what is fast becoming a thriving area in a re-emerging community.