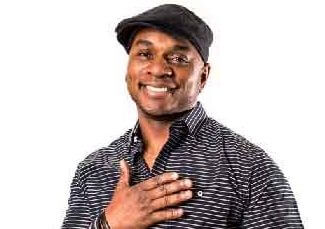 Entercom San Francisco announced the addition of comedian and actor Tony Roberts to KBLX-FM 102.9 as co-host of The Morning Dream Team with Tony Sco and Kimmie Taylor weekdays 6am to 10am PST.

“I am incredibly excited for the addition of Tony Roberts to the KBLX Morning Dream Team,” said Elroy Smith, Operations Manager, Entercom San Francisco. “His chemistry with Tony Sco and Kimmie Taylor is natural and translates well across the airwaves. I anticipate big things to come for mornings on KBLX.”

Originally from Detroit, Tony is known as a “Comedians-Comedian” or the guy other performers love to watch work. His decorated television career includes appearances on HBO’s Def Comedy Jam, the historic Showtime at the Apollo and BET’s Comic View. In 1994, he received BET’s Robin Harris Award, for most original comic. Tony currently has a 1 hour comedy special titled “I’m Different” available on Netflix.

“I am overwhelmed to be chosen as the new member of the KBLX Morning Dream Team,” said Roberts. “It’s an honor to be able to work for a legendary radio station like KBLX in the Bay Area. I have a long history with both Tony Sco and Kimmie Taylor and am excited to hit the ground running.”

“All of us at KBLX are excited to have Tony Roberts join the Entercom family,” added Steve DiNardo, Vice President and Market Manager of Entercom San Francisco. “His high energy and extremely likable personality will no doubt fit right in with the Morning Dream Team.”