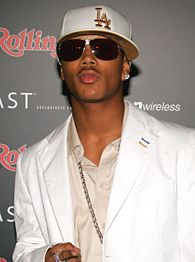 Romeo Miller is following in the entrepreneurial footsteps of his father Percy “Master P.” Miller, as the 18-year-old rapper/actor recently purchased Rap Snacks Inc., a popular potato chip brand. The younger Miller purchased the corporation for an undisclosed amount, acquiring the rights to the Rap Snacks line of potato chips, which are dubbed “The Official Snack of Hip Hop.” Rap Snacks was first founded by James “Fly” Lindsey in 1994. Rap Snacks Inc., based in Greensboro, North Carolina, had a breakout year in 2006, selling over 3 million bags of chips featuring images of rappers like Murphy Lee, Mack 10, Stat Quo and Romeo’s father, Master P. “I think it’s incredible,” Master P. told AllHipHop.com. “All my life I was looking to build a generation of wealth and to have your family understand that is great.”