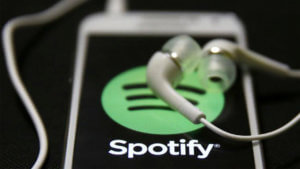 Music and music experiences including singing with children from birth can promote early brain and language development, especially among children ages 0-3, according to research. That’s why Spotify is relaunching its Kids Category, called Kids and Family, (spotify.com/sing) to inspire parents and caregivers to make it fun and easy to sing with their young children and help set them up for success in school and in life.

Spotify’s new Kids playlists are themed around everyday moments and routines – such as bedtime, bath time, and traveling in a car. In between songs, parents will hear voiceover prompts with tips and ideas for vocabulary-building activities and conversation starters. These playlists and prompts will help parents engage in language-rich activities with their young children and better integrate music into daily routines. The playlists and prompts are available in both English and Spanish.

Inspired by leading early childhood organizations, Spotify is sharing simple tips and ideas that will help enrich the interactions between parents and their young children. The prompts include:

What should be our next song? Let’s choose a song together that is slow and calming to sing together before bed.
Talk back and forth with your child responding to her babbles and sounds. These are her first steps in having a conversation. Try to keep it going by taking turns listening and responding.
For this next song, make up a silly dance together, then make up a song using your new dance moves. You can even create lyrics that describe what you’re doing.
Encourage your child to clap, jump, jiggle, or stomp to the beat and wiggle his/her arms, legs, hands, and feet to explore rhythm and movement.
Celebrities like Fantasia, Sarah Michelle Gellar, Wiz Khalifa, Tyler Perry, Juanes, Diego Torres, Frankie J, Laurie Berkner, Busy Philipps and Ashley Williams lent their voices to the prompts to encourage parents and children to sing together and suggest some of their favorite family-friendly songs.

Spotify’s editorial team drew from Spotify’s data, editorial expertise, and feedback from early childhood organizations to develop these playlists, which include:

Evergreen songs with a nostalgia factor that parents may remember from their own childhoods
Songs popular with existing Spotify users and culled from user playlists made for family time
Popular songs in genres, moods, and moments that work for the whole family
Songs that have characteristics which promote young children’s vocabulary development
“Music is powerful for families in so many ways, whether they’re creating memories by singing their favorite songs together or using music to build their child’s vocabulary. As we looked to relaunch our Kids Category, we wanted to support parents and caregivers through our specially curated playlists in giving their children the best possible start in life,” said Spotify’s Director of Social Impact Kerry Steib.

Too Small to Fail, a joint initiative of The Clinton Foundation and The Opportunity Institute, provided Spotify with background information and research on early childhood education and expertise on the importance of talking, reading and singing to young children to boost early brain and language development.

Vroom, an initiative of the Bezos Family Foundation, provided brain-building tips and activities as well as resources highlighting the science behind early brain development, designed to empower Spotify listeners to turn everyday moments into brain-building moments with their children.

Spotify is also collaborating with several organizations in the development of themed playlists and additional content, including Univision, the GRAMMY Museum, VH1 Save the Music Foundation, Fatherly, The Bump, Carnegie Hall, Gerber and ZERO TO THREE.

“Spotify is bringing the important message of talking, reading, and singing with young children to their millions of listeners,” said Patti Miller, Director of Too Small to Fail. “It’s incredibly important that parents are aware of how critical the early years are to help get their children ready for school.”

“Spotify recognizes early, engaging musical experiences can have a profound impact on a child’s development,” said Jackie Bezos, President of the Bezos Family Foundation. “Every family can be a rock band and every kitchen a stage. Using the things around you—spoons as drumsticks, an empty pot as a drum—you can turn everyday moments between a parent and child into an opportunity to build a child’s brain.”

“Research by ZERO TO THREE finds that 1 in 3 parents believe that talking to children starts to benefit their language skills at a year old or later, when in fact it begins at birth. Regular experience with music during the early years, especially singing songs, is also correlated with language development and even early math skills like patterning,” said Senior Director of Programs, Rebecca Parlakian, ZERO TO THREE.

“Most importantly, sharing music and songs with children is fun—singing, playing simple instruments, and dancing are all ways to share special moments with young children and can strengthen the parent-child relationship.”

To further support families singing together in local communities, Spotify is working with the Family Independence Initiative to collect program feedback from families in their network, and award grants to those who want to host singing and music activities.

This is the second major social good initiative from Spotify this year. In March, the company donated materials from its house at SXSW and worked with partners to help build a recording studio for Kealing Middle School in East Austin, TX.

Follow this initiative on social media using the hashtag: #keepsinging