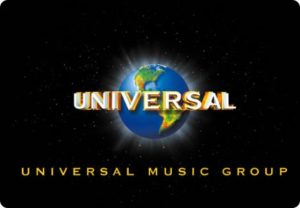 Universal Music Group (UMG), the world leader in music-based entertainment, and Petrol Records, an innovative record label that is home to the recordings of INXS outside of North America, announced today an expansive joint venture.

The partnership builds on UMG’s recent announcement regarding the production of a feature-length documentary on the extraordinary life of INXS lead singer Michael Hutchence and will lead the way for new audio releases, as well as projects including additional films, theatrical productions, live events and fan conventions. As part of the agreement, UMG will become an investor in Petrol Records, a ground breaking Australian independent label founded 15 years ago by Chris Murphy.

UMG, home to the most iconic artists and labels in the world with operations in more than 60 countries, is building on its successful recorded music, publishing and merchandising operations to develop opportunities with television, film, theatrical and live events, as well as creating compelling consumer and fan engagement experiences and partnerships with brands and sponsorships.

Murphy, who serves as Chairman of Petrol Records, signed INXS to his label in 2009 and created his “Band to a Brand” strategy, creating projects including a film, television and live events that re-engaged fans and expanded the band’s audience.

In 2014, Murphy was the Executive Producer of the INXS television mini-series, Never Tear Us Apart, which set viewing records in Australia.

Over the last 30 years, INXS has consistently been the biggest selling Australian artist, winning multiple international awards. Last night, at a reception in Sydney, UMG announced the band’s Very Best album has eclipsed their previous sales record by achieving 6 X Platinum status on the eve of the 39th anniversary of the group’s first-ever performance. The band was also presented with a Triple Platinum award for the DVD of their LIVE BABY LIVE show at Wembley Stadium from July 1991.

Sir Lucian Grainge, Chairman and CEO of Universal Music Group said, “I’m thrilled to be building on our special and long term relationship with Chris Murphy and INXS. We look forward to developing exciting projects that will create new immersive experiences for fans around the globe to engage with the music from one of the world’s most enduring bands.”

“Once a upon time the music business was a very simple place (industry) to be involved in, find an artist, record and release, then do a tour,” Murphy said. “These days we operate within a very complex entertainment industry where many are at odds with this new paradigm. Sir Lucian and his team are on the money and focused for the future so it is my complete delight to be working with him and his vision. From Musicals to Movies we have the future of music covered together.”