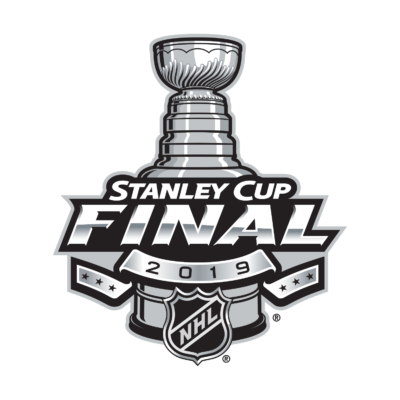 In conjunction with NBC Sports and NBC Sports Radio, Westwood One will once again present live play-by-play audio coverage of the Stanley Cup Final, starting Monday, May 27, 2019, when theBoston Bruins take on the St. Louis Blues in Game One of the best-of-seven series. This is the first Stanley Cup Final appearance for the Blues since 1970, when, coincidentally, they lost to the Bruins.

Kenny Albert (play-by-play) and Joe Micheletti (analyst) return for the fourth straight season as Westwood One/NBC Sports Radio’s broadcast crew for the Stanley Cup Final. Former NHL goaltender Brian Boucher joins the crew as rinkside reporter. Boucher will be doing double-duty throughout the series, serving as a pregame/postgame analyst for NBC Sports in addition to working rinkside for radio during the games.  Florida Panthers announcer Steve Goldsteinhosts the pregame, intermission, and postgame reports.

Albert calls regular-season and post-season NHL games on NBC and NBCSN and has served as a hockey play-by-play commentator for NBC Sports at five Winter Olympics. He is also the radio play-by-play voice for the New York Rangers. Micheletti serves as an analyst for NBC Sports’ NHL regular-season and post-season coverage, and is a TV analyst for the New York Rangers as well. He began his broadcasting career in 1985 as part of the St. Louis Blues radio team. Boucher was a first-round pick by the Philadelphia Flyers in the 1995 NHL Draft, and played goalie for seven different NHL teams during a 13-year career. Boucher  won 120 games, finished with a 2.71 career GAA and holds the NHL record for the longest shutout streak by a goaltender — holding the opposition without a goal for more than 332 minutes during a five-game span with Phoenix in the 2003-04 season. Since 2015, he has worked as an analyst for NBC Sports coverage of the NHL and the Winter Olympics. Goldstein is the longtime hockey voice of the Florida Panthers. With the team since 1997, he’s in his 12th season as TV play-by-play announcer on Fox Sports Florida. Prior to taking over the TV job, Steve was the radio play-by-play announcer, and served in the same capacity for the 2010 and 2014 Winter Olympics on Westwood One.

Here is the schedule of Stanley Cup Final games on NBC Sports Radio/Westwood One: